For 25 years, record label Jagjaguwar has been a home for venerable indie artists like Angel Olsen, Sharon Van Etten, and Bon Iver. So to celebrate their quarter-century birthday, the label has tapped several musicians and artists — both on and off their roster — to collaborate for a special year-long anniversary project.

Titled Jag25, the initiative will arrive in the form of four separate Jag Quarterly releases. The label describes each Jag Quarterly issue as “collections of music, creative endeavors and partnerships that span physical mediums.” Some of the artists who have signed onto the project include Bon Iver, Sharon Van Etten, Gia Margaret, Dinosaur Jr., Angel Olsen, Moses Sumney, and Jamila Woods.

Jagjaguwar released a preview of the inaugural project, Dilate Your Heart, on Friday with “Catalog Of Unabashed Gratitude.” The 14-minute track features a spoken word poem by Ross Gay over ambient music by Bon Iver. Along with Dilate Your Heart, each of the four mixes are titled after mantras from the label’s past: This Is A Mindfulness Drill, Join The Ritual and Jagjaguwar’s original motto, Sentimental Noise.

Listen to “Catalog Of Unabashed Gratitude” above and find the Dilate Your Heart cover art and tracklist below. 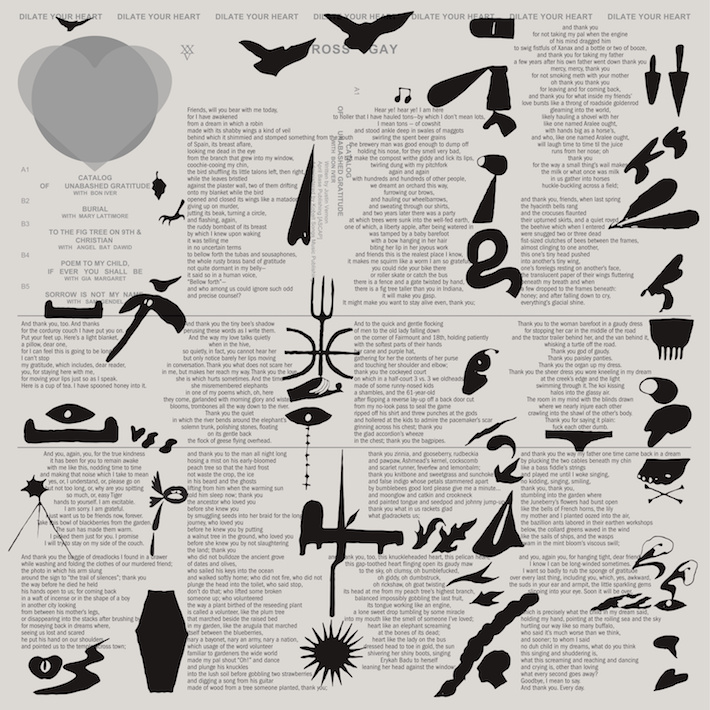 1. “Catalog Of Unabashed Gratitude” Feat. Bon Iver
2. “Burial” Feat. Mary Lattimore
3. “To The Fig Tree On 9th & Christian” Feat. Angel Bat Dawid
4. “Poem To My Child, If Ever You Shall Be” Feat. Gia Margaret
5. “Sorrow Is Not My Name” Feat. Sam Gendel

Dilate Your Heart is out 3/26 via Jagjaguwar. Pre-order it here.