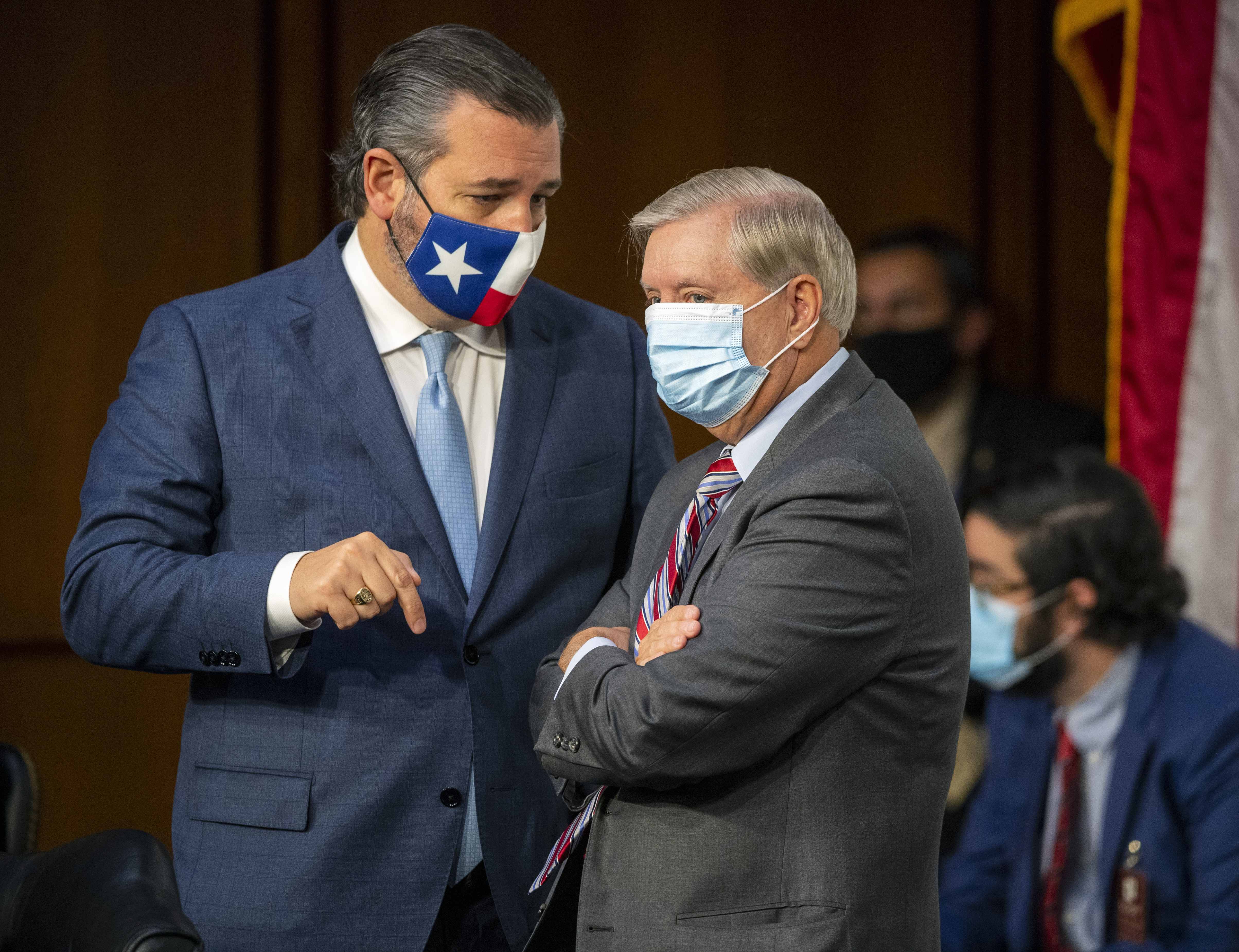 When Trump was impeached for the first time, I wrote article after article about the various defenses that his allies had employed and why they didn’t hold up to scrutiny. The Ukraine scandal, after all, was somewhat murky and required explanation. An affirmative case had to be made for why Trump’s conduct justified impeachment, let alone conviction and removal from office.

The former president now stands accused of inciting the attack on the U.S. Capitol. It is a far simpler matter to understand. It is painfully and obviously clear what happened and who was responsible. It unfolded on national television after three months of warning signs and desperate maneuvers from a president hellbent on retaining power, no matter what the American electorate wanted. Every single senator—from the most liberal to the most conservative—knows that Donald Trump is singularly responsible for the bloodshed and mayhem that day.

In theory, the House managers’ job on Wednesday was easy. January 6 might be one of the most thoroughly documented events in American history, second only perhaps to the September 11 attacks two decades ago. There was ample footage of what happened inside the Capitol from both the building security cameras and the gleeful social media posts of the rioters themselves. Trump himself provided his prosecutors all of the evidence it needed. He made multiple speeches and wrote countless tweets in which he baselessly tried to discredit the election results. He refused to condemn his supporters’ threats of violence to reverse those results at every turn, implicitly signaling his support for more dangerous tactics. And on the fateful day, he eagerly directed his supporters to unleash their anger upon the Capitol and those inside.

The House managers spent Wednesday laying out in painstaking detail precisely how Trump’s actions before January 6 foreshadowed the violence that would happen that day. They vividly used audio and video from the last three months to flesh out how Trump’s refusal to concede defeat culminated in angry tirades exhorting his supporters to “stop the steal.” In perhaps the most chilling moment of the day, U.S. Virgin Islands Delegate Stacey Plackett and Representative Eric Swalwell explained how the riot unfolded inside the Capitol itself. Five people died in the attack, including a Capitol Police officer. But the message was that a greater tragedy had been barely been averted: Many more people in Congress came perilously to injury and death that day as well.

We learned many new things about what happened on January 6. Thanks to footage from Capitol security cameras, we learned that Officer Eugene Goodman, whose acts of heroism on that day have already been well-documented, may have saved Utah Senator Mitt Romney’s life by warning him about the approaching mob less than a minute before it arrived outside the Senate chamber. Another clip showed Senate Majority Leader Chuck Schumer and his security detail heading to a secure location, only to turn around and run as they realized they were heading towards a group of insurrectionists. They also captured the mob chanting and demanding the locations of former Vice President Mike Pence and Speaker Nancy Pelosi, apparently intent on murdering the first-in-line and second-in-line for the presidency for daring to defy Trump, as both leaders fled the rioters’ approach.

Some Republican senators appeared moved by the presentation. Others were not. “Well, you know, I mean, you have a summer where people all over the country were doing similar kinds of things,” Missouri Senator Roy Blunt said after the presentation, apparently referring to the George Floyd protests and riots last year. “I don’t know what the other side will show from Seattle and Portland and other places.” Looting a Target is hardly the equivalent of trawling the Capitol building for lawmakers to murder, unless you’re looking to explicitly shirk your constitutional duty in a way that will play well on Fox News. If anything, it almost reads as a defense of the attack: The “other side” got to burn things down, so why couldn’t our guys?

“We want justice, but that doesn’t mean that we can go against what we believe to be constitutionally limited authority,” South Dakota Senator Mike Rounds argued. Texas Senator Ted Cruz, who tried to overturn the election results on Trump’s behalf, made the incredulous claim that the connection between Trump and the riot was “strikingly absent.” Florida Senator Rick Scott told reporters after the presentation that it was “vindictive” and a “complete waste of time.” South Carolina Senator Lindsey Graham, who tried to call the White House mid-riot to get Trump to stop it, ridiculed the House managers for suggesting “somehow that Trump is a secret member of the Proud Boys.”

These are not serious people, and they should not be taken seriously. Every GOP senator knows that Trump’s supporters fervently listen to him and carry out his wishes. The bond between Trump and his most devoted loyalists is the reason why so many of these Republican lawmakers embraced him over the past five years to varying degrees; it’s why they defend him now and why they might even have forgiven him even if the mob had claimed the lives of their colleagues. To be skeptical of the dynamic between him and his base is to say the jury is still out on gravity. They do not doubt Trump was deeply and personally responsible for what happened on January 6. House Minority Leader Kevin McCarthy, like Graham, reportedly tried to contact Trump during the riot to urge him to call off his supporters. Other Republican lawmakers made the same futile effort. In the heat of the moment on that fateful day, every single person in Washington knew who was responsible for the attack.

A common journalistic trope in the Trump era was that many, if not most, Republican lawmakers secretly didn’t like Trump and didn’t really agree with him. What kept them from expressing it? Maybe it was a tactical decision, reserving their opposition for a moment when it really mattered. Maybe they were simply cowards who feared that Trump would sink their career with a few tweets and the blessing of a primary challenger. What’s painfully clear now is how misguided this assumption turned out to be. If they won’t abandon Trump at this moment, they never will. And they shouldn’t get the benefit of the doubt for a minute longer.

The evidence is so overwhelming, and the stakes are so high, that there is no justifiable reason to vote for Trump’s acquittal. But many Republican senators will cast their vote to do it anyways. There will almost certainly be enough of them to ensure Trump isn’t convicted. I can’t imagine why anyone would take those senators’ rationales in good faith, given how close we came to the mass slaughter of his political opponents in the halls of Congress at Trump’s behest. And I may never be able to shake the fear that some of them secretly wish it had worked.

Source: The Damnable Senators of the Republican Party