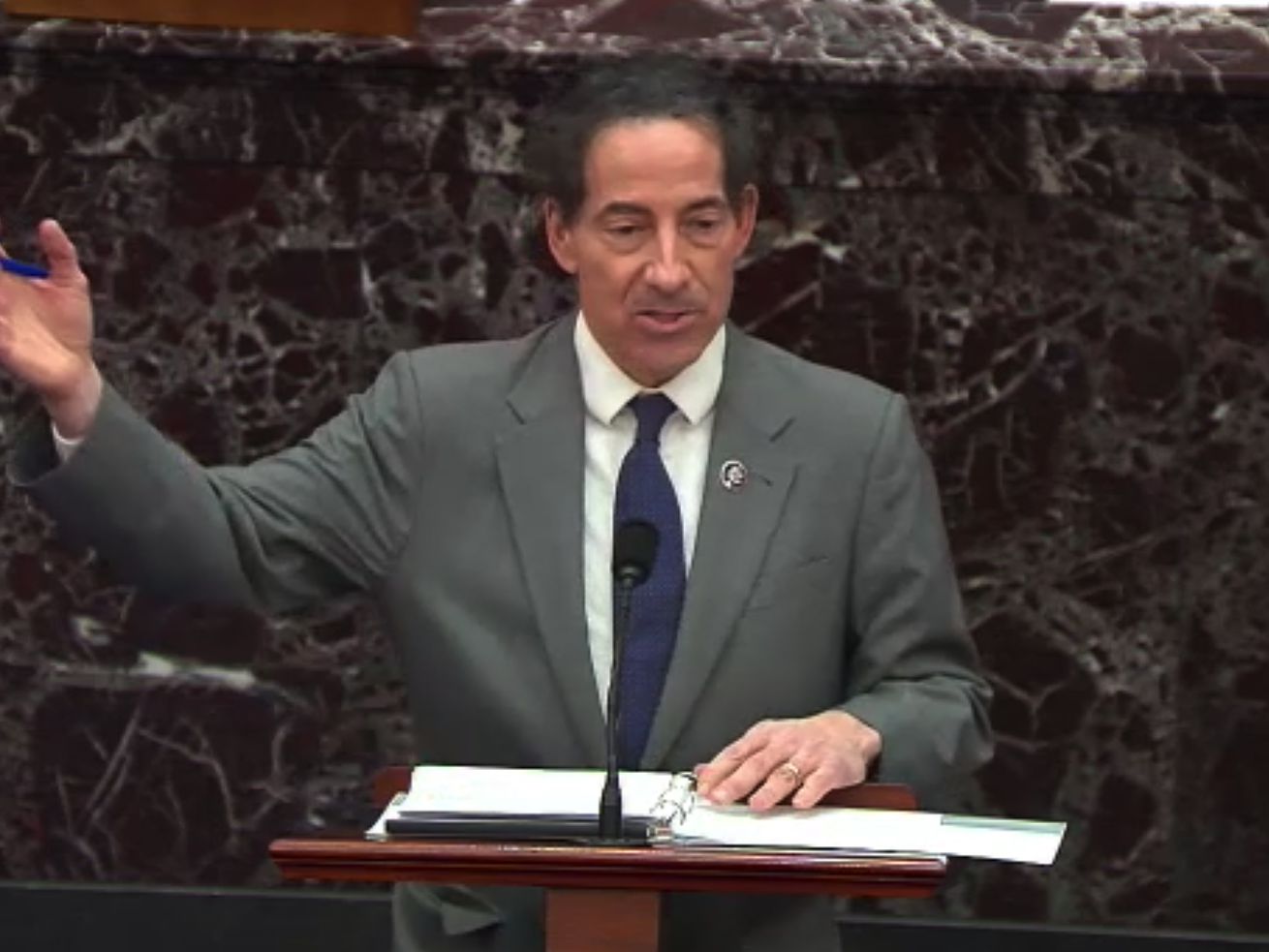 “The case is much worse than someone who falsely shouts ‘fire’ in a crowded theater.”

The Democratic case against Donald Trump during his second impeachment trial on Wednesday aimed at establishing one central thesis: that the January 6 Capitol insurrection wasn’t some random outburst of violence — it was an effort to overthrow democracy the then-president spent months cultivating.

Republican defenders of Trump have tried to distance him from the insurrection by arguing he had nothing to do with its planning, and delivered a speech just before it that was basically a normal political speech. House Democrats tried to convict Trump on an incitement charge by debunking both of those claims on Wednesday.

Rep. Joe Neguse (D-CO) detailed how Trump laid the groundwork for trying to overthrow the election even before November 3 by creating a “no lose” situation in which he repeatedly insisted he could only lose if the election was stolen from him. At the same time, Trump glorified the harassment of his opponents — including, in an October 31 tweet that received attention on Wednesday from Del. Stacey Plaskett (D-Virgin Islands), by lauding fans of his in Texas who tried to run a Biden-Harris bus off the road.

A real tweet that was posted by the President of the United States pic.twitter.com/V4GJqEDVBB

Rep. Joaquin Castro (D-TX) detailed how, as it became clear in the days following November 3 that Biden had won, Trump encouraged unruly “Stop the Steal” protests that presaged the January 6 insurrection.

A video clip during Castro’s presentation illustrates how some of the November “stop the steal” protests in Michigan, Arizona, and elsewhere presaged the January 6 insurrection pic.twitter.com/JVd03QwGGN

Instead of trying to tamp down tensions, the Trump campaign instead spent millions on “Stop the Steal” ads that ran until January 5, recounted Rep. Eric Swalwell (D-CA).

Swalwell points out that Trump spent $50 million on national “STOP THE STEAL!” ads that ran until January 5 — the day before the insurrection pic.twitter.com/ZKVMaG22d4

At the same time, Trump repeatedly urged his supporters to turn out in DC on January 6 for a “wild” protest. As Plaskett explained, his team even got directly involved in the permitting process for the January 6 event, helping organizers get permission to march to the Capitol.

“The truth is President Trump spent months calling his supporters to a march on a specific day, in a specific time, in a specific place, to stop the certification,” Plaskett said. “That is why he must be convicted and disqualified.”

Once his followers were gathered in DC, Trump delivered a speech to them in which he mentioned “fighting” more than 20 times, only once in passing urging them to remain peaceful. Videos that impeachment managers played to senators on Wednesday showed how Trump followers reacted to Trump’s speech by chanting things like “Take the Capitol!” and “Storm the Capitol!”

I hadn’t seen this video of Trump fans responding to his January 6 by yelling, “Take the Capitol!” and “Storm the Capitol!” pic.twitter.com/jcJTJJ3s7I

Alluding to Republican arguments trying to absolve Trump, Rep. Madeleine Dean (D-PA) said, “The truth is, this attack never would have happened but for Donald Trump. And so they came, draped in Trump’s flag, and used our flag, the American flag, to batter and bludgeon.”